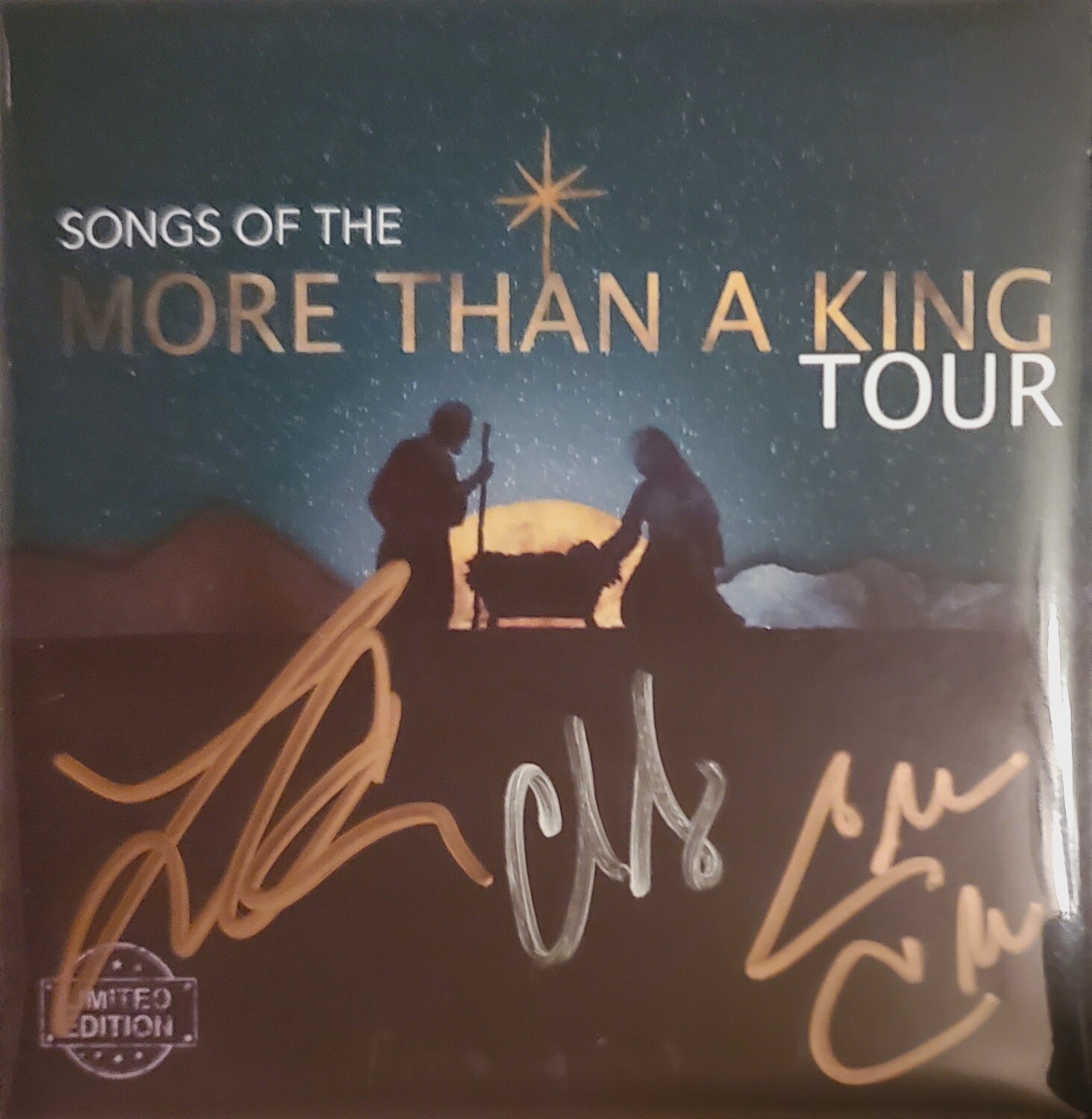 Features a collection of 18 SONGS from the MORE THAN A KING TOUR Featuring Chad Chaney, Tom Golly & Chris Sligh !

Not only are these the songs that were performed on the More Than a King Tour in December of 2019, It's in the EXACT ORDER in which they were performed every single night !

Some of these song have yet to be released on any streaming platform and can ONLY be heard on this CD.

Save this product for later
Display prices in: USD

** PLEASE NOTE Checkout is seperate from the T-shirt & Apparel page.